So as we approach the all important first birthday of my twin boys, I thought it was a perfect time to take a look back at some of the things that have shaped my year as a first time mumma of twins.

It’s hard to believe that this time last year I was lying in a hospital bed unable to move. One of the earliest things I learnt about twin pregnancy, birth and child raising (or survival as I like to call it), is that nothing will be normal. As soon as you see that second heartbeat on the scan you can kiss farewell to any ideas you may have had about the whole thing, say see ya to your fantasy “mum” dreams and expect the unexpected.

After battling my way through the endless nausea of the first 3 months living on a diet of nuts and blueberries, struggling with the loss of stomach and breathing space of the 2nd trimester, I finally found myself in the 3rd trimester. Virtually unable to walk, out of breath, unable to sleep and in so many ways feeling every ache and pain of a twin pregnancy I was well on the way to wanting this over!

My Doc gave me one of 2 options, keep working and give up all activities or give up work and I could still exercise lightly. I chose to stay with work. As a breakfast radio announcer the idea of giving up work early didn’t sit well with me. So it was I worked as far as I could. At 6 and a half months I was borderline gestational diabetic and my stubbourness insisted that I could manage it by diet (which I did) so a stripped down to a bland diet and I was back under control.

I wrapped up work at 31 weeks under Docs orders, finishing after MCing a huge community Christmas show! With plenty of weeks to go I thought I’d be fine. Little did I know that just a few days later on boxing day, the tables would turn once again.

I started having contractions on the night of Boxing Day. Despite my best efforts to convince my partner that contractions had started, he didn’t really believe me. Luckily, I knew I was in no rush as they were very far apart. I already had an appointment with my Doc the next morning, a quick one at that in which he said it was straight to hospital for me not even a return to home to gather my things.

That’s when life came to an almighty halt. I’m so used to being a super busy person with an over active mind so suddenly finding myself on bed rest, alone for endless hours at a time felt like some sort of mental torture. Shortly after I was admitted to hospital I was placed on drugs to stop the contractions. At 31 weeks my Doc was keen to do whatever he needed to keep those bubs in.

A quick visit for a scan and an “unable to get a clear read on the size of your baby” moment and my gut told me my lower twin was starting to struggle and wanted to get out. No gut feelings were going to change the Docs opinion (and they are the professionals) so it was on to a course of steroids for me to help develop the babies lungs.

Because of the potential gestational diabetes and the chance that the steroids could spike my blood glucose, I was then placed on standby for insulin. What this meant was I needed to stay on top of my blood glucose so they placed me on hourly blood tests, 24/7 for over 72 hours.

So imagine this not only are you at the end of your tether with the whole pregnancy thing, you can’t eat properly as your stomach isn’t there, you can’t breathe, you are enormous and need to pee every 5 minutes. You go from working to Christmas to now sitting mainly alone watching a small TV and now you are being woken every hour no matter what time of day for a blood test for nearly 80 hours straight…it’s like a form of torture!

My only saviour was the lovely roomie I ended up with. We were only together a few days but she made me smile and laugh and we are friends to this day. I loved hanging with her. Until the day she went and never came back… ok to be fair she came back eventually but with a baby!! lol 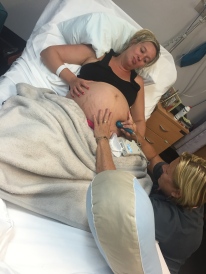 New years came and went and was celebrated with a wedge of cheese and a drink of water in a flashy light with 2 people squeezing into one hospital bed to watch the 9pm fireworks on the tiniest TV you have seen since the 70’s! Still on hourly blood tests, we were confident that we’d be wide awake by the nurses to watch the midnight fireworks and chime in the new year but as luck would have it that was the one hour they let me sleep an extra 10 minutes so they could do the same!

By my 2nd week in hospital I was so over it… I was regularly in tears, the mental strain of having nothing to do, just waiting, combined with the physical exhaustion, left me feeling depressed and alone. A new roomie moved in and she was just all things strange. It was in the middle of the night when I couldn’t sleep, my roomie had been complaining about me all day. I was too loud with my TV, I left the light on in the toilet..blah blah blah and now at 2am in the morning she buzzed the nurse to complain that I had once again upset her as I had my TV on (because I couldn’t sleep) and the light was disturbing her. I was asked to turn it off and sitting there alone in complete darkness I decided I couldn’t do this any more.

I finally cracked and started bawling my eyes out. Staggering under the weight of my 2 bubbas, I walked myself to the nurses station and burst into tears. ‘I don’t care any more… just make it stop!’ Those were the words that spilled out of my mouth.

The nurse on duty looked at me for a few minutes before she realised the extent of my unhappiness. After bundling me into a new room with a hope of calming me down she sent me off to sleep with some drugs and promised the doc would visit in the morning to sort things out. That he did, delivering very little news on the outcome of this situation but offering a ‘mental health break’ which allowed me to go out of my prison walls for a few hours.

Flushed with my new found independence, we made our way to the beach for a few hours. After 2 weeks of sitting in a bed not moving the sea never looked so beautiful and the sun on my skin felt like paradise.

Back from my adventure to the water and it was back on bed rest for me. The endless scans, Obs, blood tests and urine samples were almost becoming part of my life. It’s amazing how quickly one becomes institutionalised I found myself living from meal break to meal break anticipating what I’d ordered the day before then realising I neither had the appetite or desire to eat my stale bread, steamed veg and some unidentified meat object. Day by day my life dragged on. Now in my own room I tried to fill in the days with TV, reading and endless cups of tea, but the nights were the lonely times where you couldn’t sleep and your brain just ticks over every scenario again and again.

Eventually my doc raised the question of delivery. What?! I thought. May there really be an end point in place? We were almost at 34 weeks and he had decided 36 was the max! Finally a goal…a relief was in sight! It’s amazing how a simple date stamp can give you so much mental relief. Finally the torture of my institutionalisation would be over and the next challenging chapter would present itself.

After what seemed like an endless back and forth on if we should try natural or go c-section, another scan was ordered to determine the position of the boys.

It was a beautiful Monday morning on the 11th of Jan as Chris wheeled me over in my chair to the scan centre for our next check up. I was still convinced something wasn’t quite right with the babes…it was soon to be shown that my instincts were right. 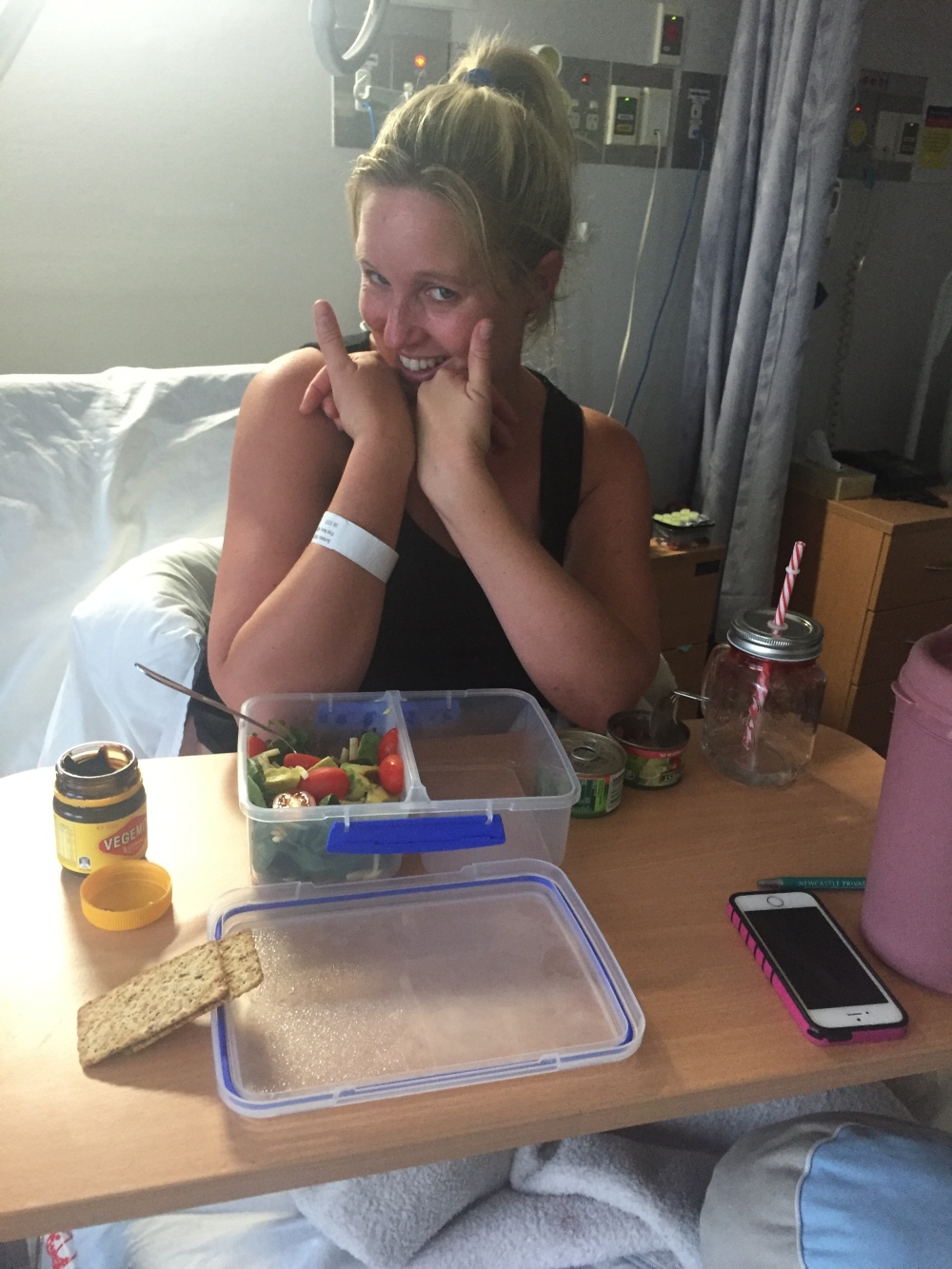