But this week I was thrown a challenge that left me thinking how do I actually get through this?

It turns out that the simple request from the doc for a pee sample from Hunter (H2 – he’s been a bit under the weather) actually created one hell of an afternoon! And one hell of a stress!

I’ve only ever had to do a pee test one other time on the boys. GG2016 (gastro-gate 2016). Harry was 3 months old and a wee 4kgs when he was wiped down with gastro and we had to do a urine sample. Now I thought that was a pretty ridiculous and somewhat impossible request given how the hell do you predict when a kid is going to pee. Turns out the only thing more ridiculously hard is when they don’t sit still….at all…ever…

At least with GG2016 we just watched and waited and then after a waterspout moment and quite a loss from splash out we captured and succeeded. But this was a whole new story…

So there I found myself with 2 butt naked (because H1 can’t possibly be clothed and H2 naked 😩), non toilet trained toddlers running around my house, and me armed with nothing but a sample pot and one job…to catch! What could possibly go wrong??

Omg I had no idea how long my kid can go without peeing. I’m really impressed to be honest. I kicked off the afternoon with a lite refreshing Ice block followed by a drink of water and some milk…just to get things going. Alas going they did not. It was going to be a long wait.

If someone was peering through the window of my house they would have probably thought she’s finally lost it because there I was stalking my child. Every time he sat, we stood back up. Inside, outside, inside and outside we went trying to occupy him and watch his every move. We played cars, read, rode bikes (while watching very closely!), did running races and even had an awkward naked toddler conversation with the lady who dropped off the yellow pages…but nothing.

I drop fed him water ever few minutes but alas the kids got better bladder control than I thought!

And then it happened. At 5.05pm after near 2 hours of awkwardly stalking his every move, I turned away for a moment. Exhausted, frustrated and finally giving in to H1’s desperate request for a snack, and bang…’pee pee’ I hear with my back turned to H2. I turned around to see my 2 year old pointing to the floor where there was a no wet patch…I’d missed it!

I’ve never been more annoyed to see a pee on the floor! Never! I waited hours for that pee and there it was innocently soaking into the carpet! Argh!

Dismayed I thought about giving up. I mean how important really is a urine test. I collected my thoughts as I started to make their dinner. Come on I said don’t give up the kid will pee again! 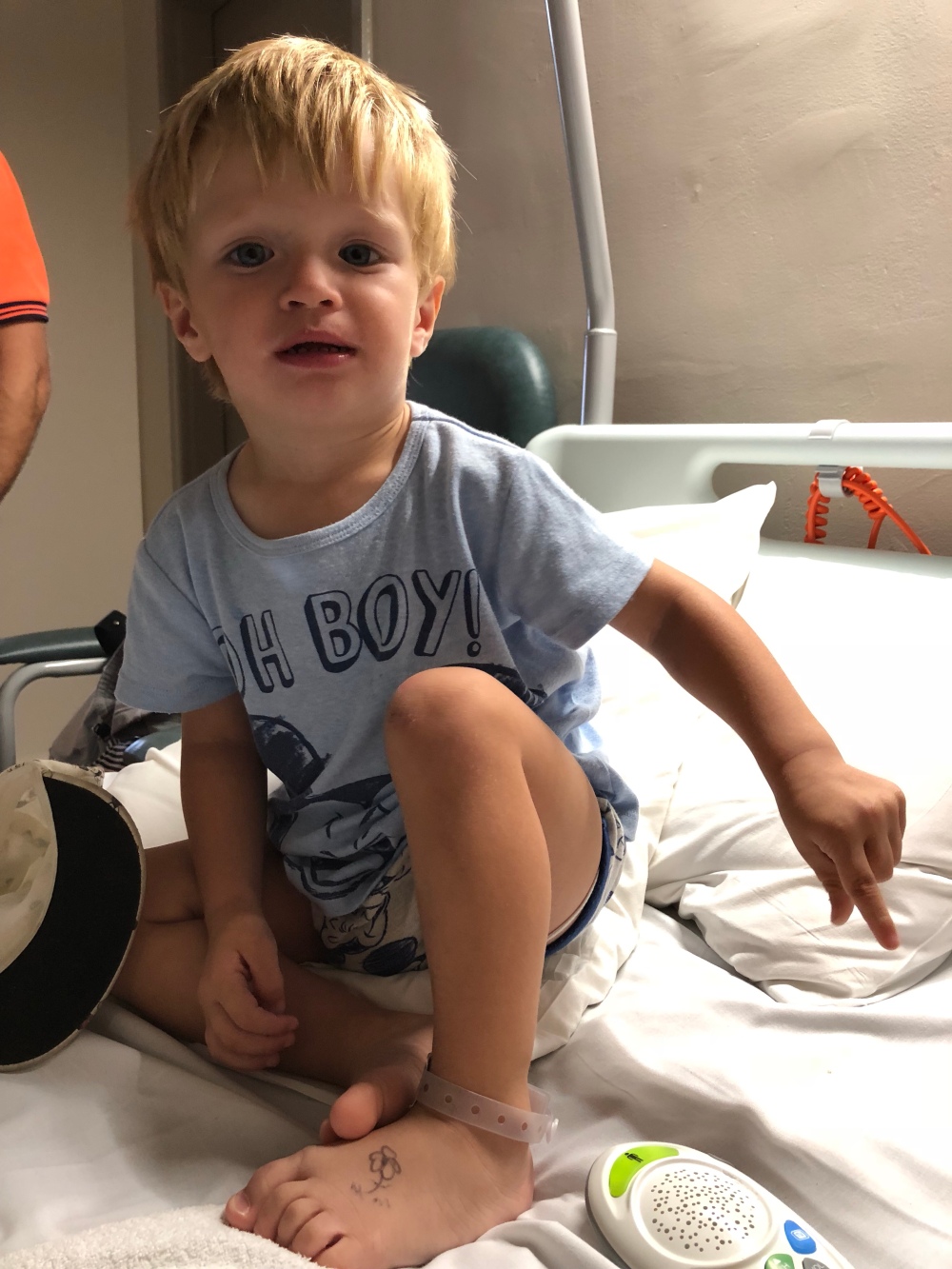 Dinner came and went with it’s usual dilemmas (and an excessive amount of water being offered!), then dismayed and over watching his every move I caught him out of the corner of my eye taking position!

Just like that I dropped the dinner plates and like a test cricket player diving for the catch I threw myself across the lounge room and threw the sample pot under Hunter…who got so scared he stopped peeing!

I looked at his terrified face! ‘It’s ok buddy’ I said as I looked down at the pot hoping desperately something was there! There was! Victory!!! Not much but it had to be enough! I was done!!

I’ve never been more chuffed with myself! Pure elation! I smugly put a nappy on H2, poured myself a gin and looked proudly (and creepily) at our tiny urine sample! 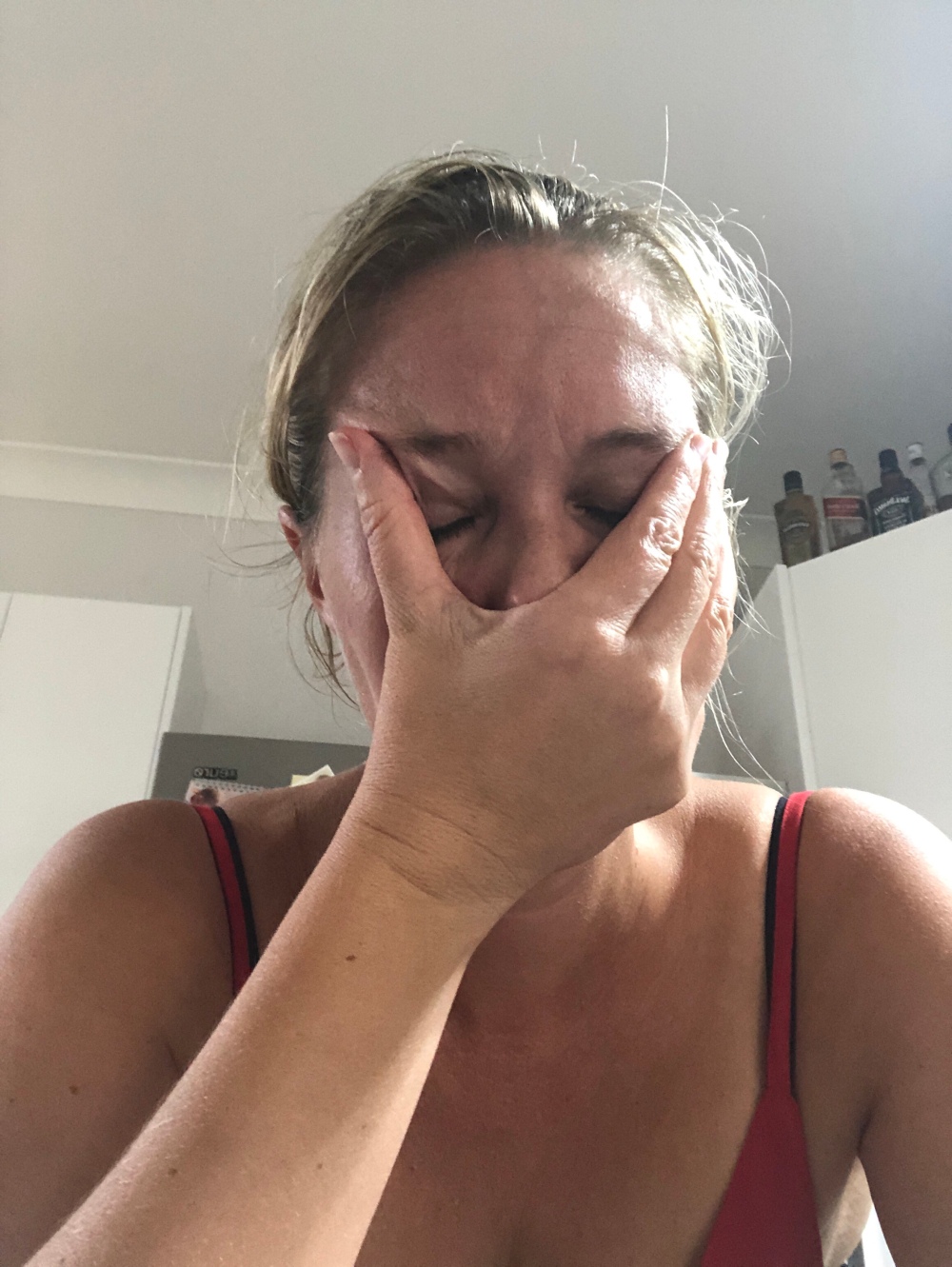 So next time the doc says can you get a urine sample from your toddler – just brace yourself you’re in for a treat!